Avery Ranch cave is an educational show cave hidden beneath an unassuming lot in the Morningside neighborhood, thirty minutes north of Austin, with many formations inside of a 20 foot tall chamber. 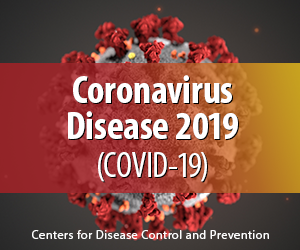 Visitation closed due to COVID-19

To ensure safety and help prevent the spread of COVID-19, our preserves are closed to public visitation until further notice.  Small groups of TCMA members or cavers may be able to access the caves on a very limited basis as the preserve manager determines. We anxiously await a return to normal.

On May 2, 2001 contractors, excavating a one-meter wide trench for a sewer line at Avery Ranch in Williamson County, cut into the side of a small, highly decorated cave. Caver Kimble White was summoned to check out the cave. He found a room twenty-five to thirty feet in diameter, up to eighteen feet high and filled with formations.

The following is Kimble’s account of what occurred next:

It was hit during trenching of a sewer line on May 2, 2001. I was the first to enter and explore it that evening. Hub Bechtol, Brad Sappington, and Kristin White returned with me the next morning and helped map it. We took clean shoes into the cave with us and changed into them after making it past the muddy trench…we used a long piece of bamboo to place the end of the tape at various locations for our survey shots so as not to have to climb on the speleothems.

To their credit the developer re-designed the sewer trench and the road it followed to avoid the cave. They gave up three lots on top to protect the cave and had the hatch installed on top to keep the speleothems from drying out. Others who entered the cave in that first week were Sylvia Pope and some others from COA, and Heather Beatty from TCEQ. Mike Warton came out later when I recommended him to the owners for installing the hatch.

An interesting anecdote: While Sue Hovorka (Edwards Aquifer expert with the UT Bureau of Economic Geology) was rewriting the TCEQ guidelines for conducting Geologic Assessments in the recharge zone, we took her to a couple of our field sites to help her with some ground level input on the methods involved. We probably walked right over this cave in the process of inspecting several of the previously identified CEFs that are nearby…no sign of it at the surface whatsoever.

It’s also interesting to note that we are very lucky that the trench intersected the cave where it did. Had it done anything else but just knick the cave then it may not have been salvageable, not to mention the fact that the trencher could have taken a serious fall.

The developer had placed a concrete cap over the trench and a moisture barrier door on the cave. In addition, they installed concrete stairs part of the way down into the cave. During the trenching three 400-600 pound flat rocks had fallen below the stairs. The TCC moved the rocks to form a flat deck and Bill Larson installed rocks steps up to those put in by the developer. A plastic deck was installed in the cave to allow visitors an easy access. In addition, lights were placed throughout the cave.

On CAVE DAY September 15, 2007, members of the Maverick Grotto-Ft. Worth, Texas took over 500 visitors into the new educational show cave. TCC Staff member, Curtis Bullock headed up the first visits and continues today. Even though it is considered to be a small cave, most visitors were surprised to see “how large it is and how many cave decorations were in the cave”.

Over the next few years, hundreds of Austin area visitors enjoyed the cave. The TCC had been assured by the vendor that the plastic decking would not mold or mildew, however by summer of 2009 the deck had to be replaced. Today the new decking shows no sign of problems and is still part of Cave Day. The TCC plans to expand the use of the cave that will allow more visitors.

Your donations help acquire and protect valuable karst resources, including aquifers and endangered species. Your donations are tax‑deductible.
Donate Now!

We are a tight-knit community of cavers, scientists, nature enthusiasts, and institutions who share an interest in caves. Join our family today.
Join Now!

The conservation work done by the TCMA is only possible with the support of people like you. Please consider volunteering your time, making a donation, or becoming a member.